We Can Do It Better: Taco Bell Cheetos Burrito

It’s been a while since we last took on one of Taco Bell’s stoner-esque mashups, mostly because it’s been hard to keep up with them. Unfortunately for them, seems like their recipe devs may have hit a wall of some sort, given their latest limited edition menu item, the taco-burrito.

It’s just a rice-less burrito with some tortilla chips in it. Well done, lads.

A few of their other recent special products were a bit more inspired, however, such as the Cheetos burrito from mid-late 2016. For whatever reason, a bunch of random Cheetos mashup foods appeared on fast food menus, like the Cheetohs mac ‘n’ cheese sticks at Burger King, and Taco Bell also put out a Cheetos crunchwrap too. The burrito version meanwhile is the easiest to put together at home, provided you have some of the cheesy corn snacks on hand.

END_OF_DOCUMENT_TOKEN_TO_BE_REPLACED

Posted in We Can Do It Better

Spices 101: What is Coriander? What is Cilantro?

I like to use the word coriander a lot when joking about high-class foods. Though coriander is yet another spice that sounds really complicated and fancy, but in reality isn’t as big a deal as one would think. It’s all in the name. It just sounds ritzy as hell. Four syllables, a bunch of vowels, doesn’t look like any other words… It has to be a big deal right? Weirdly enough, coriander is actually just the seeds of cilantro plants… 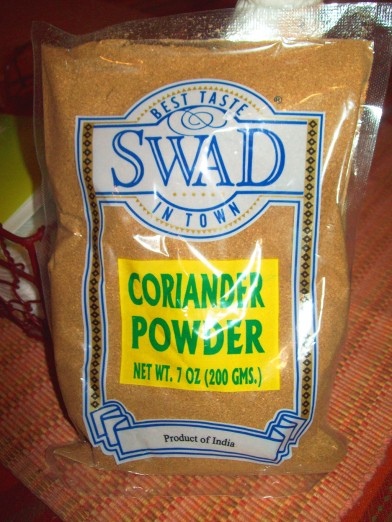 END_OF_DOCUMENT_TOKEN_TO_BE_REPLACED

I’m about to state an opinion that some people might not agree with, but here we go: pork isn’t really that good unless it’s slow cooked. There’s just something about the meat that needs the benefit of slow cooking to really sing. That being said, one of my favorite and easiest slow cooked pork recipes is pulled pork. It’s delicious and there are also almost always leftovers to use in different ways. One way I came up with to use up leftovers was to use it in a burrito. While places like Taco Bell don’t usually feature pork, at real Mexican restaurants you’ll generally find at least a few dishes featuring it. So while I’m in no way claiming this is an authentic Mexican dish, it’s not that far out there either. 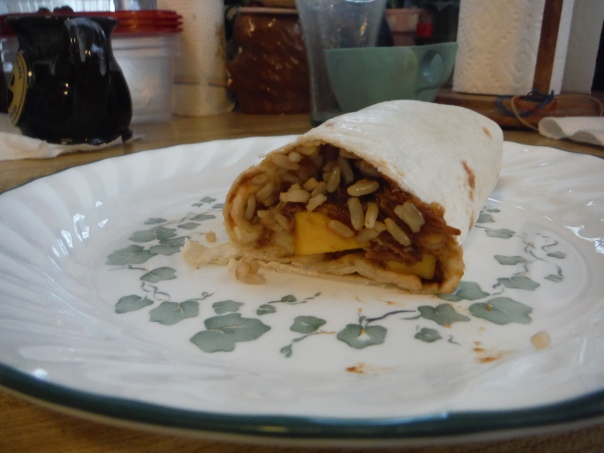 END_OF_DOCUMENT_TOKEN_TO_BE_REPLACED

Cheat Codes: Save Your Condiment Containers For A Later Date!

Condiments are great.  Virtually every type of cuisine on the planet features some sort of condiments to go alongside its dishes. If variety is the spice of life, then condiments are the spice of food. Well… you know, besides actual spices. Afterall, french fries are pointless without ketchup and chicken fingers without honey mustard is a crime against humanity. But let’s face it, the vast majority of sauces and dressings we use are liquids that don’t hold up against the almighty force of gravity. Sure you can pour your favorite salsa out onto a plate and thrash your corn tortillas around in it like some sort of gluten intolerant caveman, but why do that when you can do better? 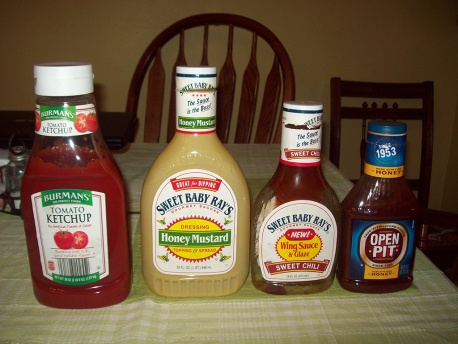 For reals. Don’t be save. Not cool dude.

END_OF_DOCUMENT_TOKEN_TO_BE_REPLACED

Cheat Codes: How To Make A Tostada Meal

People who are following PCFG may remember tostadas, from our post on how to make your own Crunchwrap from Taco Bell. They’re a lightly fried, crispy, corn tortilla that somewhat resemble a giant tortilla chip or a flat taco shell. They work really well for a number of different simple dishes or recipes.

But wait, actually, a tostada is also just the name of a meal in Mexican cuisine. Shit, this might be confusing. (Actually, it’s pretty simple. It’s made out of the aforementioned tostadas, and can  be prepared in minutes.) 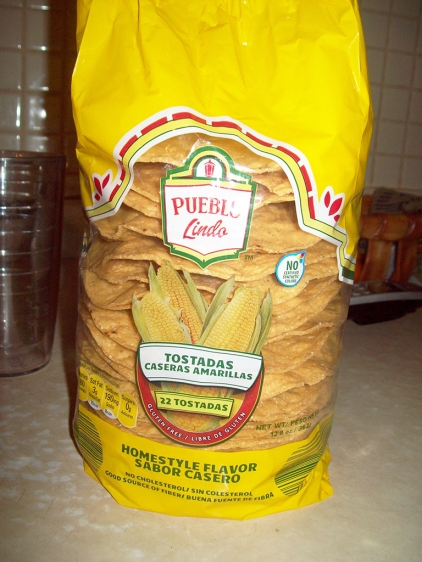