Spices 101: What is Coriander? What is Cilantro?

I like to use the word coriander a lot when joking about high-class foods. Though coriander is yet another spice that sounds really complicated and fancy, but in reality isn’t as big a deal as one would think. It’s all in the name. It just sounds ritzy as hell. Four syllables, a bunch of vowels, doesn’t look like any other words… It has to be a big deal right? Weirdly enough, coriander is actually just the seeds of cilantro plants…

Coriander gets featured a lot in curries, which actually will be the #1 thing you’ll use it in probably. It’s not that it’s a bad spice, it’s just that it does have a fairly strong flavor, and unless you’re pairing alongside other “curry” spices, it will probably be tough to manage. That’s not to say you shouldn’t experiment, since one thing we like to preach here is to absolutely experiment the shit out of your cooking. But as far as ingredients go, you won’t see coriander very frequently outside of curries and related dishes.

As mentioned, it has an interesting scent and taste. It’s actually fairly sweet-smelling, with a nice zing to it that almost smells like citrus or other fruits. Its flavor in food meanwhile isn’t as sweet, but definitely adds a good bit of spice-spiciness. Like, not spicy like a hot pepper, but spicy like the smell of incense. Technically, in official capacities, I’ve seen that flavor referred to as “pungent”, which doesn’t seem fair since people usually use the word pungent to describe bad smells… but eh. Spice-spicy sounds better.

Interestingly enough, when I originally started learning about mulling spices and how to make festive drinks around Christmas and such, some recipes called for coriander in the cider. To this very day, I actually still throw it in there and it tastes great with all the other nice spices. 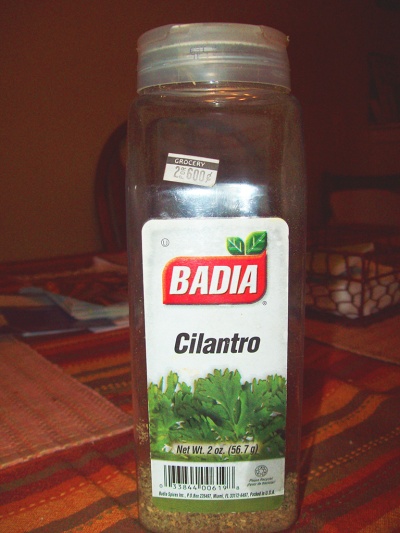 Like I said in the opening paragraph, however, coriander has a weird alternate life. Though it varies depending on your country, at least here in the Americas we refer to the plant that grows coriander seeds as cilantro. So to divide the two, the leaves that grow on the plant are cilantro, and the flowers and seeds it produces are coriander. Confusing, yes, but the two have different flavors and uses actually.

Cilantro looks a hell of a lot like parsley, and it’s actually used in a pretty similar manner as parsley, typically as a garnish. To be fair, the two plants are in fact related. The leaves themselves don’t have a particularly strong odor, but when ripped or cut, they do have a very fresh, grassy taste that almost has a little bit of spiciness to it. Weirdly enough, apparently there’s a genetic marker that makes certain people find cilantro tastes like soap or chemicals to them. Fortunately, the leaves tend to lose a lot of their taste when in dried form, so if you want to make something that calls for it, and are worried about that, you can usually use dried cilantro without fear of your curry tasting like Irish Spring. 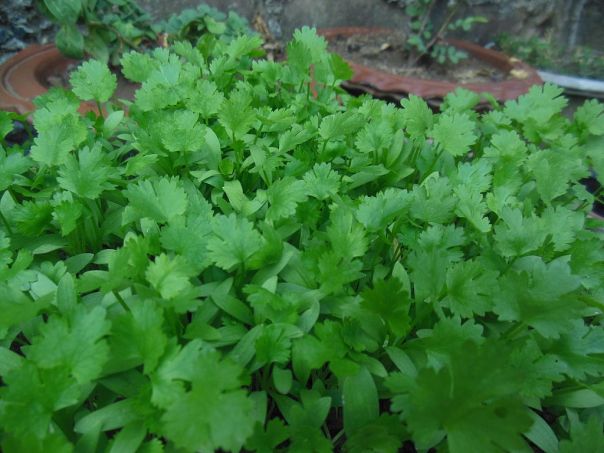 Either way, cilantro is used mostly to garnish. It adds a nice green color to dishes, and is usually thrown in either raw or towards the end of cooking something, especially in curries. You also frequently see it chopped up and thrown on top of tacos and other Mexican dishes.

It’s interesting to see one plant turn into two different spices with two very different roles in cooking, but that’s one of the fun parts about learning how to cook/all about food and ingredients. Nature is big and diverse and awesome, full of interesting plants and fruits and animals. As the only organisms who evolved the ability to cook, it’s our responsibility to learn about (and then eat!) everything mother nature has to offer. Well, not literally everything, but you know what I mean.

Like, seriously, don’t eat dogs. That’d be messed up.

Want to try out coriander or cilantro in a meal? Check out these recipes:

Posted on November 9, 2015, in Food 101 and tagged Asian, Indian, knowledge is power, smells, spices, tacos and burritos. Bookmark the permalink. Leave a comment.