It seems to be a fact of life that everybody loves fried foods. Obviously, they’re not the healthiest choice of dining out there, but in fairness fried food at home isn’t the same beast as fried fast foods. Making your own treats at home in heated oil is generally okay since you’re using fresh vegetable or canola oil, it hasn’t been lying around all day, and is free of impurities. You can drain your foods more easily, making them less greasy and retaining less fat. In short, if you enjoy fried, salty snacks then you’re much better off making your own since your body will thank you for it later. Also not to mention, it just tastes better than the stale, greasy rubbish you’re more than likely to receive from dumpster stores like McDonalds which tend to include hilarious numbers of ingredients and ends up laced with artificial colors, flavors and borderline poison like phosphates. Seriously, their fries can last unscathed for literally years. Open a new tab, Google “McDonalds Fries are indestructible” (preferably with an empty stomach) and enjoy the show, lads.

Frying seems like a challenging, complicated task but it’s actually relatively simple. More often than not it seems like way more effort goes into it since many people seem to think you need a commercial size deep fryer to do so. Whatever it is you’re making, you simply dunk it into a batter, then put it into the hot oil, let it cook on one side, flip it over, let it cook on that side, and take it out. That process doesn’t really ever change no matter what you’re frying up, especially since virtually any food, whether it’s already cooked or not, can be fried to further increase its delicious rating to skyward proportions.

Here at PCFG, we enjoy partaking in the delicious forbidden fried foods category from time to time, so we’ve crafted a simple fry batter recipe that will make anything and everything you cover it in taste amazing (provided you then cook it afterwards). It’s based on a simple tempura batter recipe, but with a few things added to zest it up. 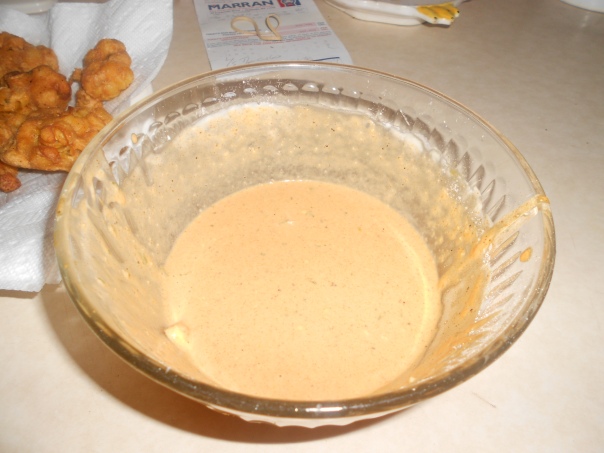 Not exactly that appetizing on its own.

Simply combine all the ingredients together one by one in a bowl, whisking them until they reach a smooth, blended consistency. That’s all there is to it. This batter is versatile because it doesn’t feature any one flavor too strongly. It’s mild, but with a very slight sweetness to it. From this point on, all you do is heat up some oil in a frying pan, dip your food into the batter, and place it into the hot oil and fry it.

You can also use it for onion rings, cheese slices/sticks, zucchini, boneless wings, and basically any other savory food you could hope for. My only suggestion, don’t use it for sweets like cookies or candy bars, since this is blatantly meant for dinner-type snacks. It doesn’t take a rocket scientist to figure out batter using parsley and cheese miiiight not pair that nicely with chocolate. Otherwise, the sky is the limit. So start frying! 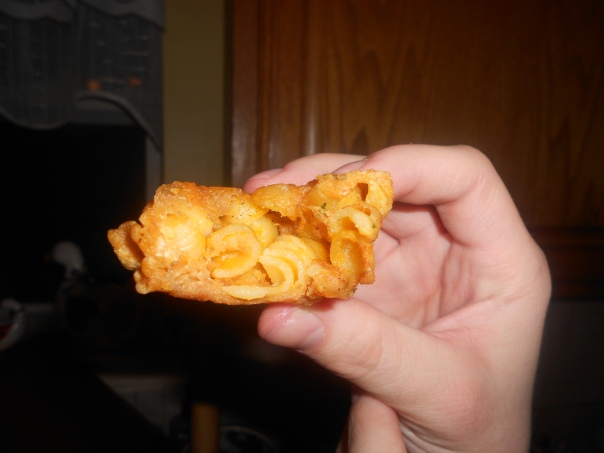