One of the recipes I’m proudest for creating from scratch, by myself, is for a taco-style shredded chicken. Lots of people have requested we put it up on the blog, and here it is finally. It’s got the littlest, tiniest bit of kick to it, but even people who don’t like spicy foods will have no problems eating. Taste-wise, it’s got a dark, spiceful flavor that’s kind of similar to buffalo sauce, but different enough. You can place it in tacos, burritos, salads, sandwiches, or just eat it plain! It’s that good. You can make a large batch of it pretty easily, and take from it over the span of a week or two, so it’s ultra handy.

As a heads up, you’re best bet would be to buy a rotisserie chicken from the supermarket, and shred that, as I mentioned in my post about pulled/shredded meats. It’s fast, simple, and best of all cheap! 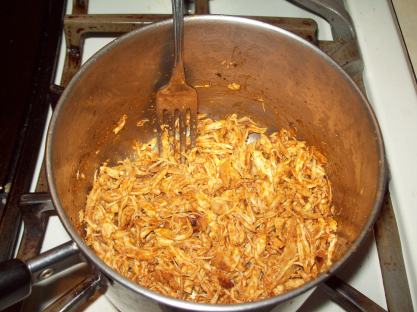 (Multiply recipe by four for a whole rotisserie chicken) 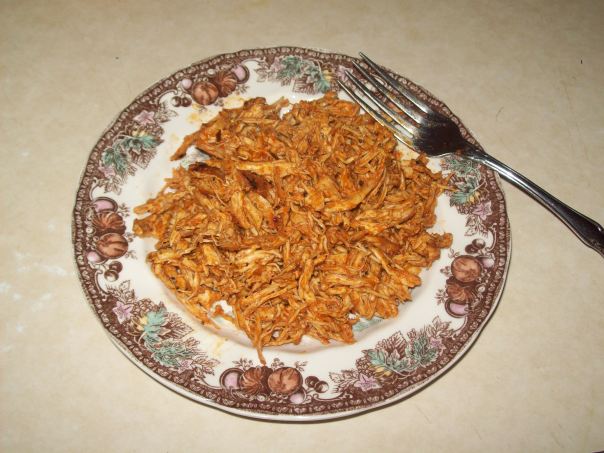