The Cereal Report: Count Chocula is back! → 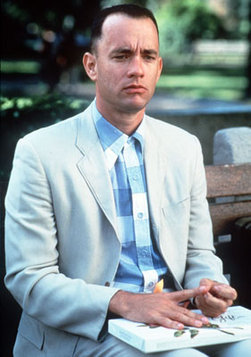 So you can imagine my unbridled joy when I looked into my cabinet one day and randomly found a box of Cinnamon Roll Crunch, without even being aware that existed. Normally I’m quite up-to-date on the latest cereal news (I’m so cool I know), but these somehow made it under the radar. I tore that box open faster than any of my college acceptance packages, in anticipation of the prospect of a brand new Cap’n Crunch.

Right off the bat, I was disappointed. Sad face.

A few years back, Kellogg’s released a licensed cereal meant to resemble the delicious cinnamon rolls, and only reason to actually go to a mall beyond the age of 16 (besides Auntie Anne’s Pretzels) we all know and love, sold by Cinnabon. The cereal pieces themselves were shaped like miniature cinnamon buns, which is obviously adorable, and the cereal itself resembled the taste of cinnamon and vanilla. So in other words, nice job, Kellogg’s.

Cinnamon Roll Crunch tastes exactly the same as Cinnabon cereal, and is virtually the same recipe, down to the very texture of the puffed grain. Obviously, that’s not to say they’re bad, but I was expecting something new and exciting from the Cap’n, not a copycat of some competitor.

Now for some nitty-gritty. Cap’n Crunch has generally been a coated, puffed-corn/oat meal cereal. That’s what makes it crunchy. If it weren’t for that, they’d have named it “Cap’n Fairly Crunchy.” (And who the fuck in their right mind would buy that??) Cinnabon was multi-grain as well, however it wasn’t coated and thus not crunchy once it came into contact with milk. Similarly, unlike every other Cap’n Crunch ever created, Cinnamon Roll Crunch uses the same (which was originally introduced to people, possibly communists, who complained of the urban myth of the cereal cutting the roofs of their mouths) recipe of the rightfully discontinued “Soft Crunch”. So in other words, bad job, General Mills.

Should you eat Cinnamon Roll Crunch?

My main gripe with the cereal was that it was a boner-killing level of disappointment, compared to what I was expecting. Cinnamon Roll Crunch isn’t necessarily bad, so I’d recommend it if you like cinnamon, or if you enjoyed Cinnabon cereal. If so, however, do not expect anything new or exciting.

The Cereal Report: Count Chocula is back! →