← The Snack Report: Breyer’s Salted Caramel Ice Cream
Food 102: How To Drink Whiskey Like An Adult →

So, my original intention for this smoothie was to be kiwi and star fruit, but my usual grocery store didn’t have any star fruit.  I scoured another local grocery store for star fruit and came up empty, but I needed some other fruit to go with the kiwis.  Then I spotted the prickly pears.  I’d eaten prickly pears once before a long time ago and had vague memories of liking them, so I decided to give it a try.  Prickly pears are the fruit of a cactus.  Out in nature they have spikes on them like the rest of the cactus.  But when you buy them in stores the spikes have been removed so there’s no danger of stabbing.  They do however still have a bunch of annoying seeds inside.  Experimenting with new fruits is always a little tricky, but the kiwi and prickly pear flavors went well together so it was worth it in the end.

**If you’re not a fan of bits in your smoothie, you can strain it before drinking to get rid of the kiwi seeds and any prickly pear seeds you may have missed. 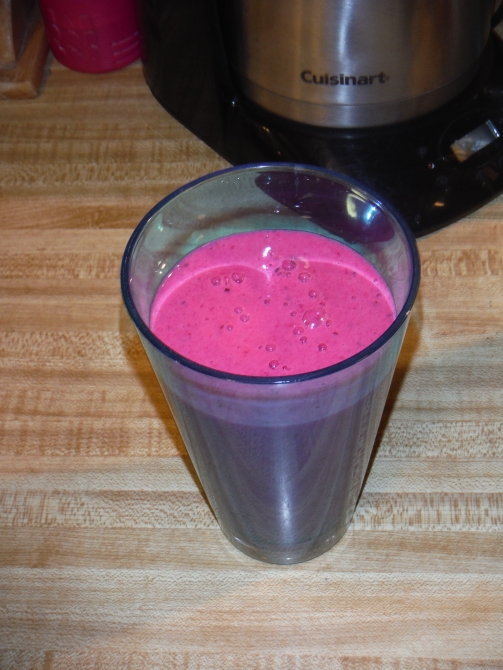 ← The Snack Report: Breyer’s Salted Caramel Ice Cream
Food 102: How To Drink Whiskey Like An Adult →