Happy Fall to everyone out there whom is a fan of the season, or just seasons in general! While admittedly my favorite season is Summer, Autumn is a close favorite, even though it leads into shitty, cold, awful Winter. Nevertheless Fall features some of the most awesome, unique food combinations you’ll see the entire year. You get the tail-end of Summer’s bountiful vegetables, combined with all the delicious Fall harvest of apples, pumpkins, squash, and random spices.

We’re featuring a super-Fall-y dish next week, but in preparation, we offer this dipping sauce that goes with it, or any other number of foods you want to get some nice, dark, Fall sweetness added to. Especially try them on our apple fries. 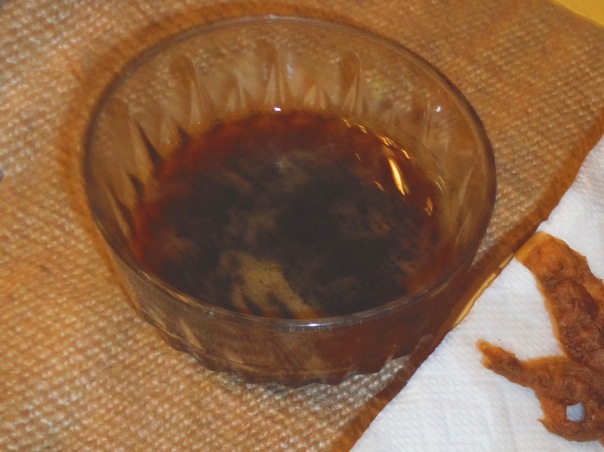 This sauce has an awesome blend of sweet and salty flavor to it. If you feel like it’s not becoming glaze-y enough, you can add 1 tsp of corn starch dissolved in water, though this will dilute it a little bit. As long as you cook it for long enough, it should get nice and thick. Use it on anything; burritos, apple fries, pizzas, etc…