← The Snack Report: Oreo Thins
We Can Do it Better: Loaded Fries →

Back last year we featured a delicious Fall-themed pizza which had an awesome mini-recipe inside of it. On the pizza we added some pulled chicken, cooked in an awesome combination of maple syrup and soy sauce. It was sweet, sticky, dark, complex, and other adjectives which could describe your sex-life. Most importantly of all though, it was delicious. For today’s quick recipe, we’re featuring the full details for it. Put it on sandwiches or just eat it on its own, it doesn’t matter, just put it in your body somehow. 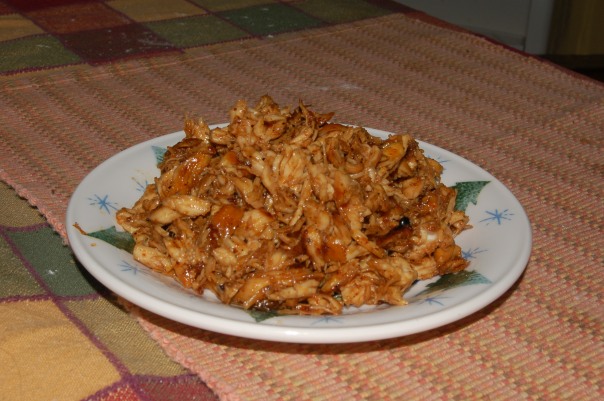 (Multiply recipe by four for a whole rotisserie chicken)

← The Snack Report: Oreo Thins
We Can Do it Better: Loaded Fries →