Midnight Snack is a recurring column focusing on “food for couples” so to speak. Its discussion may hint towards the use of foods during romance and intimacy, and though it contains nothing sexually explicit, reader discretion is still advised. And by all means, DO try this at home, folks.

Of all the foods associated with romance and lovers, none can compete with the almighty chocolate. Known for its ability to release endorphins in your body and generally taste freaking awesome, there’s a pretty large consensus on the planet that chocolate is wonderful! And this is all coming from me, a self-professed not-that-big-a-fan of chocolate. I enjoy it and it’s yummy, but I’m not the kind of person who can literally eat it all day while simultaneously losing it, at the thought of doing so. My point s that even those amongst us who don’t particularly obsess over the divine fruit of the cacao plant will still admit it’s very tasty, and will enjoy some good-quality chocolate with the best of ’em. But no, you probably think you know where I’m going with this article, being a Midnight Snack post, and thus about romance and such. However an entry about covering your lover in melted chocolate is far too easy and predictable (as predictable as a food-romance-crossover column can be). Rather, the two of us wouldn’t settle for plain old chocolate, but instead for the more, in some ways infantile, in some ways lavish, chocolate pudding. 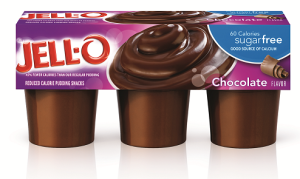 Everyone, start your best Bill Cosby impressions. We know you got ’em.

Pudding, if you’re not all aware, is a blanket term covering a number of different dishes ranging from creamy, vanilla-flavored dessert, to hideous sausage-shaped nightmares made out of suet and vital organs. Most people outside the U.K. tend to be referring to the former, when using the term ‘pudding’ since I feel like we as a specie have moved past the need for horrific concoctions like “blood pudding”.

Come on, am I really uncultured to think this looks like something from a nightmare?

Craving sweets, and also not being extreme masochist/sadists, we opted for the old standby of My-T-Fine chocolate pudding, longtime favorite of pie bakers and chocoholics everywhere. Now pudding can be created all on its own from scratch, using ingredients such as milk and cornstarch, however it really falls into the category of foods you can make the old-fashioned way, but really gain nothing from doing so. There’s nothing complicated or foreign going on in there, and the outcome tastes just as good as if you were to make said pudding from loose ingredients at home. Of course there’s the next step into that train of thought, where you can buy already-made pudding cups, however these tend to be more akin to the cookie dough, in that they’re laced with preservatives and nastiness like high fructose corn syrup. Plain and simple, go with the pudding mix packets, they’re your best bet.

There’s two variants of pudding mix you can find, one being instant pudding and the other being cooked pudding. Instant, as its name suggests, is basically a dry mix which you add milk to, whisk, and refrigerate for 10 minutes, and you suddenly have a bowl of pudding ready at your disposal. Cooked pudding meanwhile, gets milk added as well, but instead is then slow-cooked on the stove in order to thicken it up. The differences are in the ingredients, with instant being loaded up with phosphates and other jargon to help it thicken automatically. Cooked pudding mix requires heat since its only amalgamating agent is corn starch, which only thickens at high temperatures. It’s the more classic way of preparing the sweet treat, and produces a richer, tastier pudding. Whichever you end up choosing will produce a bowl of about four servings. Depending on how hungry/horny/hedonistic (the big three in Midnight Snack we should call them) you are, you can divide the bowl in half or just use the whole thing. 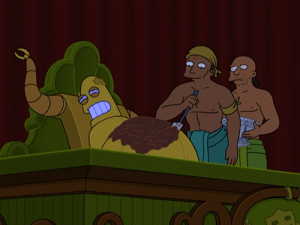 Go ahead, indulge a little.

Performance-wise, the pudding is easily scarfed down due to its soft texture, and for the same reason, you’d be more than justified in dabbling in some sloppy, chocolate makeouts with your significant other. Obviously enough, it tastes exquisite, being a delightful, chocolatey dessert. Everyone loves kisses, everyone loves chocolate, so thus everyone must love chocolate kisses as well, hence the candy name (probably). Being fairly viscous, the pudding sits well in a spoon, and clings to skin. If you’re feeling artistic, don’t be afraid to paint some delicious chocolate murals across your partner’s body! Stomachs, arms, chests, buttocks, your choice! (Buttocks indeed, but naturally poop jokes come with the territory, so tread lightly, soldier, and make of that what you will.)

As with most sweets, messiness is a factor in romantic foods. Pleasantly surprisingly the pudding left very little in its wake. Since pudding contains relatively no oils in its constituent ingredients, there is little film left behind, and one possessing a thorough tongue can eliminate nearly all traces of the chocolate splendor. There won’t be much stickiness involved so long as you are diligent in getting rid of it. The biggest drawback involved with the pudding is its temperature. Generally pudding is served cold, especially if you refrigerated it after mixing it together. As such, each chilly dollop of the fudgey goodness will be like a that first morning bathroom visit to a toilet made of ice, so bear that in mind when you awkwardly motion to the bowl of dessert lying on the night table in your bedroom.