Believe it or not, Meg A. and I plan our Pizza Lab choices pretty well ahead of the time, for the most part. Sometimes we throw it together last minute, but most of them come from a laundry list of ideas and experiments. This month’s Pizza Lab actually has been on the drawing board for quite sometime, originally being formulated almost a year ago! The two of us love Indian food and a trip to the local curry house wouldn’t be complete without some Chicken Tikka. Yes, I realize it’s heavily Americanized (or technically Englandized since they’ve erroneously claimed it to be “a true British national dish” years ago, despite originating in Punjab) however its flavor and background undeniably lies in Indian cuisine. As such we tossed around the idea for a pizza featuring curry spices and soon the idea for a Tikka Pizza was born.

Chicken Tikka on its own is a curry dish with smooth, creamy, tomato-based sauce and the usual suspect curry spices like cumin and coriander. It’s kiiinda easy to prepare at home, though more involved compared to other curries you can make. Interestingly enough though, being tomato sauce, it looks rather at-home on a pizza. 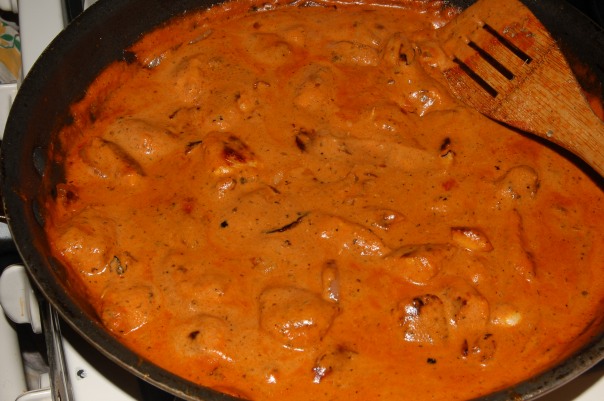 As far as the crust goes, we wanted to be a little adventurous since we were on a streak of making our own doughs. The obvious choice here was to make some homemade naan bread to act as a pizza crust. If you’re unfamiliar, naan is a type of flatbread made with spices and butter that comes in many varieties, all of which taste amazing. Pick some up at your local exotic food market, or eat it fresh at an Indian restaurant. You can’t imagine how great they are. Homemade, they came out even better since they were hot off the grill. Pizza-crust-wise it was a bit messy, but still got the job done. Specifically we decided to make a garlic naan recipe, since as anyone who follows us knows, we’re obsessed with garlic. 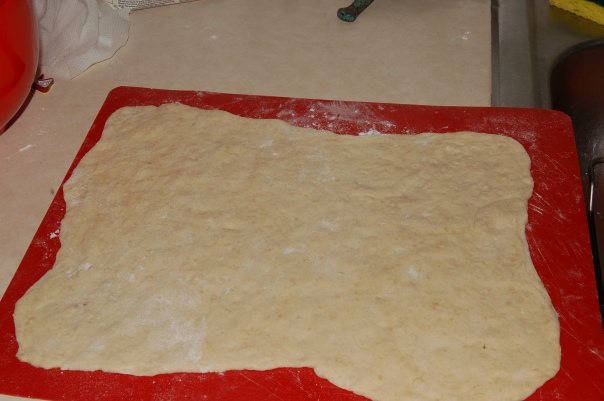 The fun part about homemade naan bread is the fact you can grill it on your barbecue. We’re on the verge of summertime, and barbecues are one of the greatest assets the nice weather inherently brings. Yeah yeah yeah, the beach is cool and all, but fresh barbecued chicken and veggies blows that shit out of the water. If you’ll remember, this isn’t our first grilled pizza per say, since we did two of them last year. But actually those two were par-cooked in the oven, whereas this naan crust was simply tossed right onto the grill, straight after being formed into a dough. The only downside is that it’s not the prettiest bread to look at. 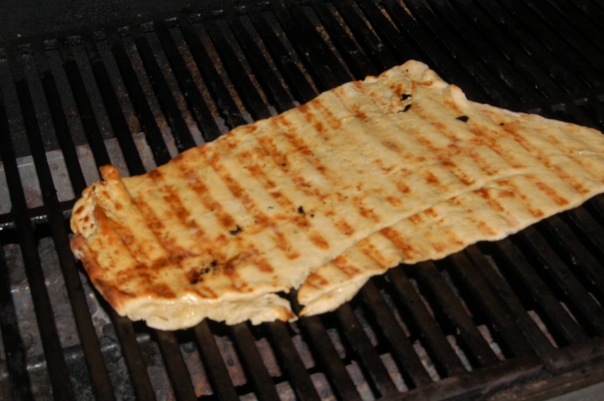 Punjabi cuisine features a decent amount of cheese, considering how much they love cows in India. Despite this, we figured we’d go with something simple since the tikka sauce is strong on its own. We had the foresight to go with plain old mozzarella, which worked out well in the long run since the crust was thin; strong enough to hold on to the chicken and sauce but any extra load of lots of cheese or anything else would’ve been too much for it. After adding the sauce, chicken, and cheese, we grilled it for a couple more minutes to melt everything together. 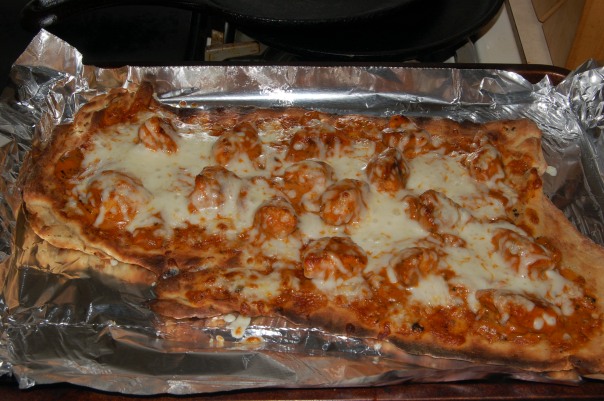 You can see for yourself right there. It’s funny how much this pizza looked like a straight-up normal, tomato sauce pie. I mean if you really want to be technical, it is a tomato sauce pie, just done in a different style of cooking. Obviously though it did lose a few points in the presentation department, since the naan dough was a bit tricky to work with. Some people say the first thing you do with food is eat with your eyes. Well, let’s just ignore that for a minute since the flavor was delightful. The mozzarella combined with the tikka sauce actually produced a bit of a sweet flavor, which may sound odd but tikka is a very, smooth sauce. It’s creamy and light, unlike many curries which are in your face. The naan meanwhile was borderline orgasmic, though that was kind of a negative ironically. The problem with the naan was that it was incredible on its own. Putting sauce and cheese on it, treating it like a plain pizza crust, sort of overshadowed its greatness. The delicious garlicky flavor was drowned out, and it kinda just felt like you were eating a generic thin-crust pizza. That’s not necessarily terrible, but with the work we put into the naan pizza it was kind of disappointing to miss out on the naan by itself. That aside, the pizza was a definite success, fulfilling our curry cravings.

Tasty and Exotic, Yet Familiar