Food 101: How to Make Soup Yourself

I don’t know about you, but it’s been ridiculously and unnecessarily cold where I live this winter.  When it’s so cold out, all I can think about is ways to keep warm.  One nice, tasty way to keep warm is by eating soup.  I fully admit to eating soup from a can on numerous occasions.  But I also really enjoy making my own soup.  Soup is one of those dishes that can seem kind of intimidating, but is actually pretty simple (At least to start.  Once you feel more confident in your cooking abilities you can advance to fancy soups too).  I’m going to show you the basic formula for soup making using the black bean soup I made for dinner the other night as an example. 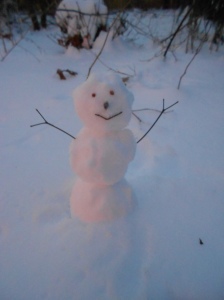 A snowman, or me after being outside too long?

The first thing you’re going to need to make soup is a nice big pot.  Most soups need at least 3-4 cups of liquid, plus whatever else you’re adding to it, so you’ll need a lot of room.  Since we’re doing basic soup, if you want any meat, I would get that cooked first.  A quick cheat if you want chicken soup – buy one of the rotisserie chickens from the grocery store and shred the meat once it’s off the bones.  That way your meat is already cooked and you can just toss it in the pot. 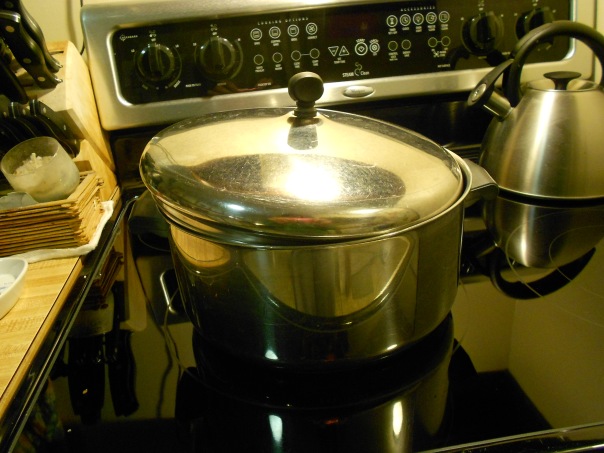 Exhibit A: a big ol’ pot

Most soups start with a sweat of the aromatics.  To do this, heat a couple of tablespoons of oil in the pot, then add the ingredients and cook until they start to get tender.  If they start changing color to brown, the heat is too high and you’re going too far.  For the soup I made the aromatics were onion, garlic and ginger, but the category of aromatics also traditionally includes things like, carrots, celery and peppers. 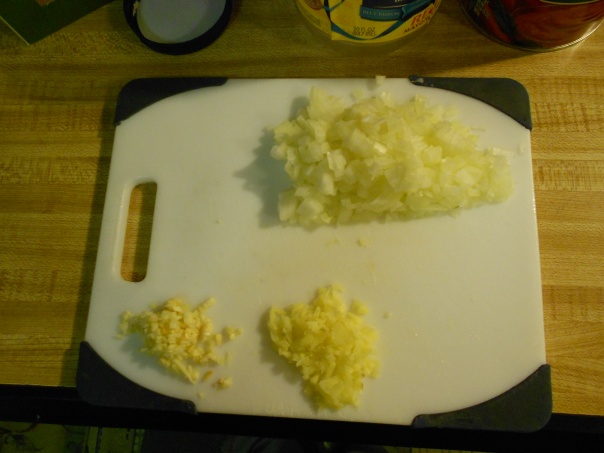 Onion, garlic, and ginger – all chopped and ready to go. 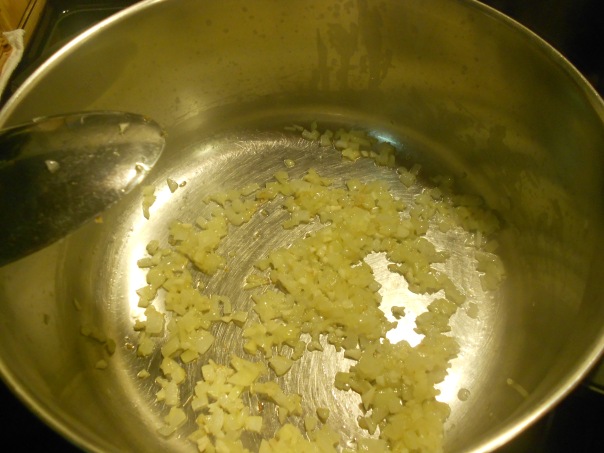 Once these are done, add any dry spices (the oil left in the pan can help bring out the flavors).  Save any fresh herbs you want to add for the end to keep the flavors fresher.  Now comes the time to add what will make your soup soup – the stock/broth.  Pretty much you can use whatever flavor stock you want.  If you’re making a soup with beef in it, use beef stock, chicken gets chicken stock, vegetable/vegetarian soup uses vegetable stock.  If you’re unsure which would be best for your soup, I’d say in general stick with chicken stock.  I used vegetable broth for my soup since it was a bean soup.  In general you’ll want to add 2-3 cups of stock/broth and then a cup of water.  Let the liquid come to a boil, then lower the heat and simmer. 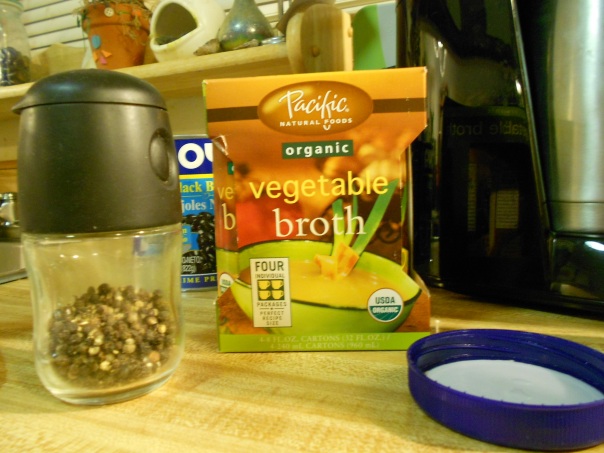 If you’re adding any vegetables that need to be cooked, add them once the soup has come to a boil.  If you’re including meat, you can also add the cooked meat in around this time too.  If you want pasta in your soup, don’t add it too early, since you don’t want it to become mushy.  You’re going to want to cook it for about as long as you would if just cooking it in regular boiling water.  Each pasta has its own best cooking time, but in general I’d say you’ll want to add any pasta about 10 minutes before you want to serve the soup.  If you want to add rice you can either add it directly to the soup to cook entirely in there, or par-cook it with less water than you usually would, and let it finish cooking in the soup. 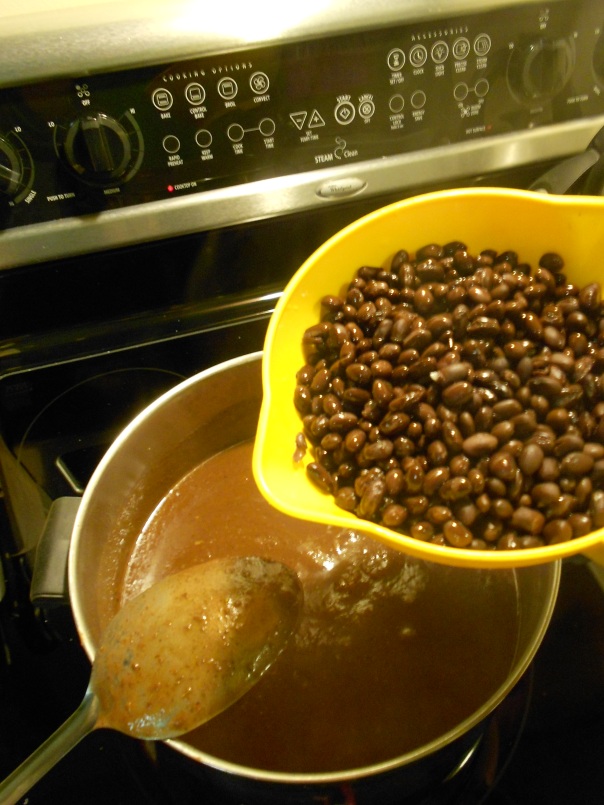 Adding the beans to my bean soup.

Once everything in the soup is fully heated through and cooked you can give it a taste and see if it needs any extra spice or herbal additions.  You’ll likely have to add at least a little extra salt.  Before serving you might want to add a little something to brighten up the flavors.  This could be something like some lemon or lime juice, or some fresh herbs. 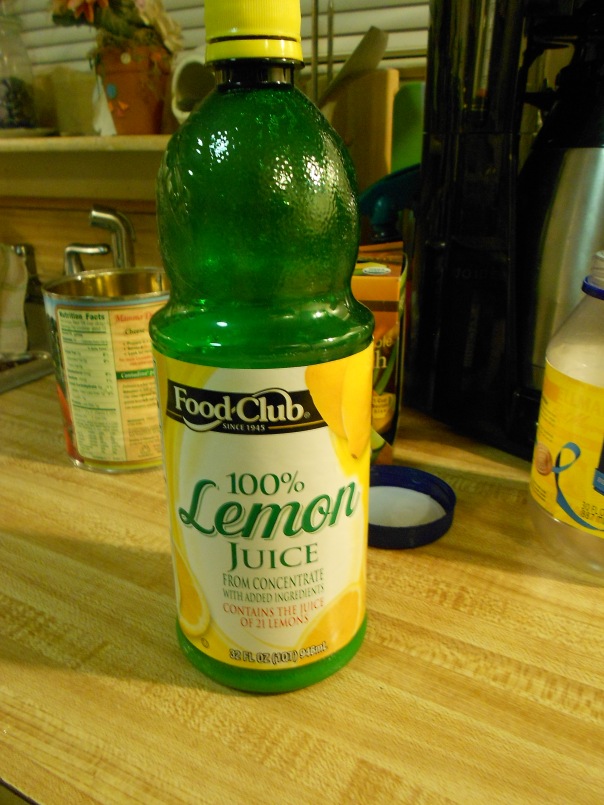 Then all that’s left is to sit down and enjoy your soup!  You will have a lot of soup, but if you find yourself with a lot of leftovers you can simply divide them into single or two-person servings and freeze them for lunch or dinner another cold day. 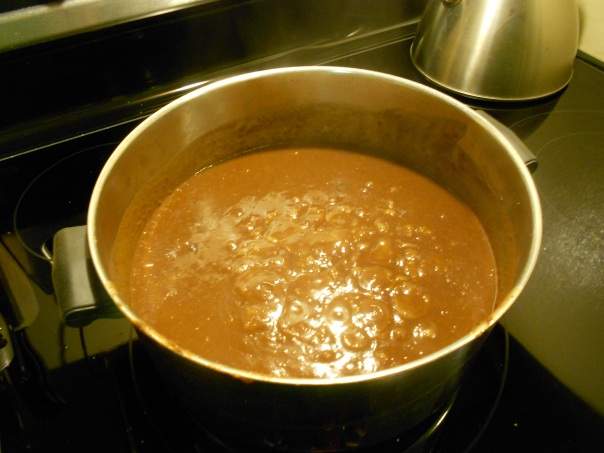 Once you have the basic formula for soup making the possibilities are endless.  You can make chicken soups, vegetable soups, Asian soups, Italian soups – whatever you find yourself in the mood for.  And it’ll help keep you warm on these cold winter days.  Bonus – when you make your own soup as opposed to just opening a can you know exactly what’s in it, and there’ll be less weird preservatives and sodium and whatnot.

So to summarize the basic soup formula: 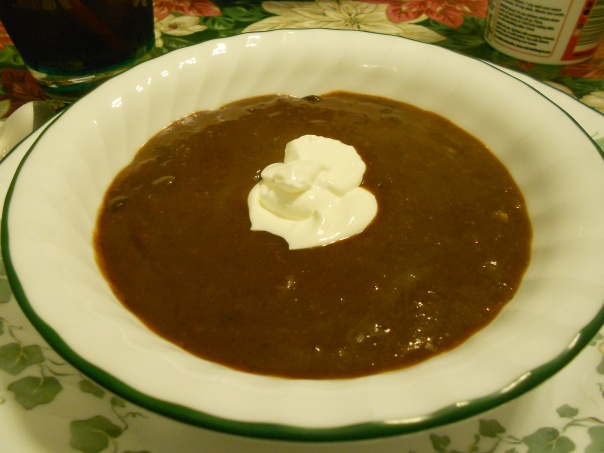